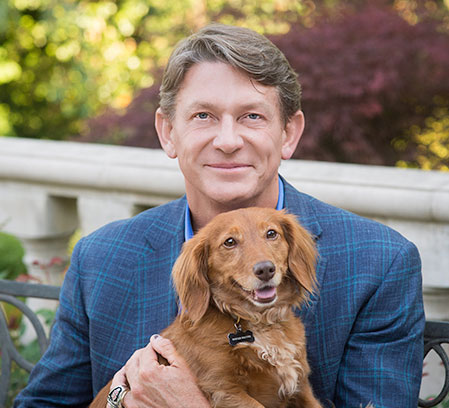 Randy is the founder and Executive Chariman of Radio Systems Corporation, which he started in 1991. Radio Systems is headquartered in Knoxville, Tennessee, and has over 630 associates worldwide with offices in 7 countries. The company produces over 4,600 pet products under brand names such as Invisible Fence®, PetSafe®, and SportDOG® Brands.

His education-related boards include: outgoing Chairman of The Tennessee Higher Education Commission (resigned with current ECD appointment), Tennessee Independent Colleges and Universities Association, Boys and Girls Clubs of East Tennessee Board of Trustees, Pond Gap University Assisted Community Schools, University of Tennessee College of Business Dean’s Advisory Council, Vice-Chairman of Knox County's Great School Partnership and Chairman of tnAchieves, a mentor-assisted scholarship program that has sent over 10,000 first generation community college students across the state of Tennessee and in 2015 will provide operational support for students participating in the Tennessee Promise program in 85 counties across the state.

In addition, Randy and Radio Systems have contributed significantly to improving animal welfare. The company has provided the funds to create 7 public dog parks in the Knoxville area and has spearheaded a collaborative effort to make Knoxville the most pet-friendly community in America. As a part of this effort, Randy has supported the development of a new Animal Adoption Center in Knoxville that will more than double the number of spay and neuter procedures that can be performed annually in Knoxville. In early 2010, the company provided funding for the Blount County Animal Center as well as funded the PetSafe Chair of companion animal behavior within the Small Animal Clinical Sciences department of the College of Veterinary Medicine at the University of Tennessee. Invisible Fence Brand has donated over 10,000 dog oxygen masks to Fire Departments around the United States as part of its Project Breathe.

In 2013, he took a one-year leave from his company to serve Governor Bill Haslam in a volunteer role as his Special Advisor on Higher Education assisting in the development of the Drive to 55 initiatives and Tennessee Promise. Tennessee Promise will provide free tuition and fees for community college to approximately 25,000 Tennesseans per year, all matched with a trained, volunteer mentor.

He received a degree from The University of Tennessee in Industrial Management in 1979 and a Masters in Liberal Studies from Oklahoma University in 1988. He has 2 sons, Harrison and Thomas, 2 dogs, Spanky and Oscar, 2 cats, Sebastian and Wolfgang, and a wife of 30 years, Jenny.