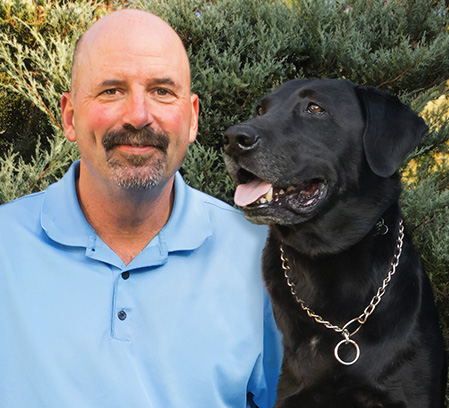 Willie became associated with Radio Systems Corporation in 1995 as a contract sales agent calling on the pet trade. He joined the company in September, 1999 as Vice President of Sales, moving his family from Colorado to Knoxville to assume the role.

Mr. Wallace has held a number of positions in the 15 years he has worked in the Knoxville office, including leading the sales and marketing teams and new product development. He has helped author and implement significant restructuring of the company to build for scalability to allow RSC to reach its aggressive growth targets.

He has been a key leader and coach in guiding Radio Systems to significant growth. His duties have included responsibility for directing new product conceptualization and development teams, marketing, brand and sales on a global basis. He’s collaborated as a member of the company’s Senior Staff to develop and implement strategic direction for the company including acquisition and integration of over fifteen companies. He has also held key positions in operations. Under his direction, the company has launched hundreds of new products, initiated new, profitable brands, and significantly increased distribution of products globally.

Prior to joining Radio Systems, Willie cut his teeth in sales and marketing with both large corporate environments— including Nabisco and Fort Howard paper—as well as young startup companies such as CLA, a Manufacturers’ Representative organization that grew ten-fold during his 4-year service.

Wallace, a Colorado native, holds degrees from Hastings College (BA), where he was active in student government and a member of the football and debate teams, and the University of Colorado (MBA). Willie lives in Maryville, Tennessee. He stays active in the community, involved with youth baseball and community service. He also enjoys fly fishing, running and training, and hunting with his Labrador Retrievers, Jagger and Karlie.