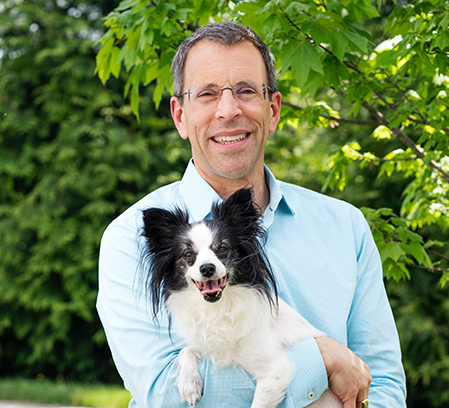 Before joining Radio Systems Corporation, Vince was part of the Senior Leadership and CFO for the Supply Division of Clayton Homes, but most of his career has been in the theatrical exhibition industry.

Vince graduated from Drexel University in Philadelphia, PA with a Bachelor of Science degree in Accounting and Finance. After graduating, he spent three years in public accounting with KPMG in Philadelphia before joining United Artists Theatre Circuit in New York in 1992 and later moving to Colorado to be Vice President, Controller for this National Theatre Circuit. In May 2002, United Artists merged with Edwards Theatres and Regal Cinemas to become Regal Entertainment Group. Vince relocated to Knoxville, TN to take on the role of Vice President, Controller for the newly combined public company, Regal Entertainment Group.

Vince is active in the community and serves on the Downtown Knoxville Alliance Board (formerly CBID), the Knoxville Area Urban League Board and is a Member of the Diocese of Knoxville Finance Council. Vince also serves on the TN Valley Fair Executive Committee and was a member of Leadership Knoxville, Class of 2012.

Vince has been married to his wife Carol for over 21 years and lives in downtown Knoxville with their dog Hanna. He is originally from Philadelphia, PA and is an avid Philly sports fan. Vince also enjoys outdoor activities, from running outside to walking in downtown Knoxville and he loves visiting the beaches on the Outer Banks of North Carolina during the offseason.

Connect with Vince Fusco on LinkedIn