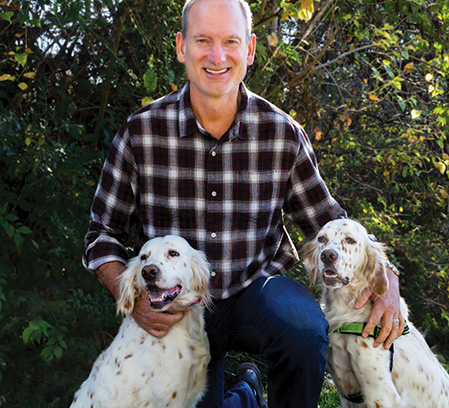 As Radio System’s CCO, Lance is responsible for leading the planning and execution of all business development, brand, marketing, engineering, and product development activities. He joined Radio Systems Corporation in October of 2002 in the role of National Sales Manager, then in 2003, became the director of the new SportDOG Brand® Business. In 2009, Lance joined the Senior Staff as a Vice President leading the SportDOG Brand and Invisible Fence® teams. In 2015 he moved into his current role as CCO adding PetSafe® Brand to his area of responsibility.

Lance was born in California, grew up between there and Indiana and has had four-legged best friends throughout. He graduated on the Dean’s List from Purdue University with a bachelor degree in Electrical Engineering Technology and remains a bit of a technology geek.

Lance is married to Marnie Blumenthal and lives in Knoxville. He has 3 children, Ashley, Travis, and Haley, along with 3 grandchildren, Emery, Ava, and Cooper. Lance is a 2014 graduate of Leadership Knoxville and serves on the TN Theatre and Knoxville Chamber of Commerce Boards. He is a relatively poor shot with a shotgun, but loves walking in the field behind his ever-hopeful birddogs watching them do what they do best.

Connect with Lance Tracy on LinkedIn